The winner was Delia with her single "Da, mamă". Delia withdrew from the competition, due to personal issues. The runner-up was selected afterwards to represent the country. "Señor loco" by Elena and Danny Mazo will represent Romania in Glasgow, Scotland.

Selecția Națională 42 is the national final format developed by TVR in order to select Romania's entry for the Own Eurovision Song Contest 42. TVR opened a submission period for artists and composers to submit their entries between 26 July 2015 and 22 August 2015.

The winner will be determined by the 50/50 combination of the votes from a twenty-one member jury panel and public international televoting. Each member of the jury votes by assigning scores from 1–8, 10 and 12 points to their preferred songs. The top ten songs as ranked by the televote will receive 1–8, 10 and 12 points.

The running order of the Final was revealed on August 22, 2015. The single "Șoapte" by JO will open the show, while "Da, mamă" by Delia will end the Final.

At Own Eurovision Song ContestEdit 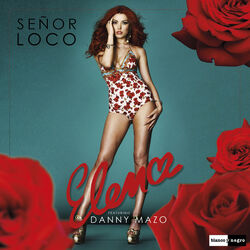 Romania will participate in one of the two semi-finals. Romania was draw to perform in the first part of the second semifinal.

On December 3, 2015 the running order of the Semi-Finals was revealed by the OEBU. Romania was draw on the 6th position out of 20 countries, that will compete in the second semifinal.

Elena and Danny Mazo will represent Romania in Glasgow, Scotland with their song "Señor loco.

Elena Gheorghe is a Romanian singer of Aromanian descent. She was born to a priest and his wife in Bucharest. In the first half of the 2000s, she joined Latin group Mandinga with whom she released a couple of albums and a few hit singles. In 2006 she separated from the group and pursued her solo career. She released two albums and scored a top ten in the Romanian Top 100 with the debut single "Vocea ta" (Your Voice). After an internal selection, Gheorghe was elected to represent Romania in the Eurovision Song Contest 2009 with the song "The Balkan Girls" written by Laurentiu Duta. She came second in the voting result, but as the jury voted for her, she won the National Final. At Eurovision, in Moscow she qualified for the Grand Final where she came the nineteenth after accumulating a total of 40 points (12 points from Moldova). After Eurovision she became more famous Europe-wide and released her signature song "Disco Romancing" which was a smash hit in Romania as well as a top-ten in Hungary and a mild success in Czech Republic, Netherlands, Poland and Slovakia. The following single "Midnight Sun" was a top-ten success in the Dutch Top 40 and in the Romanian Top 100. In 2011 she collaborated with Dony and released the single "Hot Girls" which once again charted throughout Europe. The same year she had her first European tour, getting to Germany, Spain and Greece. In the summer she got engaged to her producer and before Christmas she gave birth to a boy named Nicholas. During 2014, she collaborated with Glance for her new single "Mamma mia (He's italiano).

The Romanian votes in the first semi-final were based on 50% jury voting and 50% televoting results.

Retrieved from "https://own-eurovision-song-contest.fandom.com/wiki/Romania_in_Own_Eurovision_Song_Contest_42?oldid=65158"
Community content is available under CC-BY-SA unless otherwise noted.