Own Asiavision Song Contest 21, often referred to as OASC #21, is the 21st edition of Own Asiavision Song Contest. The contest took place in Sana'a, Yemen, following the country's victory in the 20th edition with the song "Mudbira", performed by A-WA. The contest was held at the Ali Mohsen Al-Muraisi Stadium, and consisted of two semi-finals and the final. This is the first time that the country hosted the contest.

Thirty-seven countries participated in the contest, with New Caledonia and Vanuatu making their debut appearance. The contest saw the return of Kyrgyzstan, Macau, Oman, Papua New Guinea, Tajikistan and Tonga, while Hong Kong, Indonesia, Iran, Myanmar, North Korea, Pakistan and Qatar have withdrawn from the competition.

The winner was declared South Korea, who won the contest for the third time, with the song "Adios" performed by Everglow. South Korea became the first country to win the contest three times and so far holds the record of most victories. The second place went to French Polynesia, who managed to beat their best result from previous edition, alongside Samoa who ended up on sixth place and Kuwait on sixteenth place. The podium was completed by Fiji, followed by Vietnam and Thailand on fourth and fifth places respectively. Out of the "Big Six" countries, two managed to keep their auto-qualification streak by ending up in the top 6: French Polynesia and Vietnam. The host nation Yemen finished on the 24th place. This edition also marked the first appearance of Vanuatu in the final, while Kyrgyzstan failed to qualify for the first time. 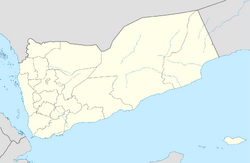 Sana'a
Location of the host city.
Sana'a, also spelled Sanaa or Sana, is the largest city in Yemen and the centre of Sana'a Governorate. The city is not part of the Governorate, but forms the separate administrative district of "Amanat Al-Asemah". Under the Yemeni constitution, Sana'a is the capital of the country, although the seat of the internationally recognised government moved to Aden in the aftermath of the September 21 Revolution. Aden was declared as the temporary capital by President Abdrabbuh Mansur Hadi in March 2015.

Sana'a is one of the oldest continuously inhabited cities in the world. At an elevation of 2,300 metres (7,500 ft), it is also one of the highest capital cities in the world, and is next to the Sarawat Mountains of Jabal An-Nabi Shu'ayb and Jabal Tiyal, considered to be the highest mountains in the country and amongst the highest in the region. Sana'a has a population of approximately 3,937,500 (2012), making it Yemen's largest city.

The Old City of Sana'a, a UNESCO World Heritage Site, has a distinctive architectural character, most notably expressed in its multi-storey buildings decorated with geometric patterns. In the conflict that raged in 2015, bombs hit UNESCO sites in the old city. Located here is the Al Saleh Mosque, the largest in the city.

The Ali Mohsen al-Muraisi Stadium is a multi-purpose stadium in Sana'a, Yemen. It is currently used mostly for football matches and serves as the home stadium of Al-Ahli; the stadium holds 25,000 people.

The thirty-one semi-finalists were allocated into six pots, based on their geographical place and cultural similarities. Drawing from different pots helps in reducing the chance of so-called neighbour voting and increasing suspense in the semi-finals. Each time a country was drawn from the pot, its semi-final and half of the semi-final was determined.

Fifteen countries participated in the second semi-final. Laos, Vietnam and Yemen also voted in this semi-final.

Twenty-six countries participated in the final, with all 37 participating countries eligible to vote.

Retrieved from "https://own-eurovision-song-contest.fandom.com/wiki/Own_Asiavision_Song_Contest_21?oldid=87960"
Community content is available under CC-BY-SA unless otherwise noted.