Own Asiavision Song Contest 20, often referred to as OASC #20, is the 20th edition of Own Asiavision Song Contest. The contest took place in Vientiane, Laos, following the country's victory in the 19th edition with the song "Higher", performed by The Naked and Famous. The contest was held at the Lao National Stadium, and consisted of two semi-finals and the final. This is the first time that the country hosted the contest.

Thirty-six countries participated in the twentieth edition. The contest saw the return of Bahrain, India, Jordan, Kuwait, Singapore and Vietnam. Unfortunately, Bangladesh, Macau, Sri Lanka and Tonga have withdrawn from the competition. Despite originally confirming their participation, Cambodia and Taiwan were forced to withdraw due to not submitting an entry before the deadline.

The winner was Yemen with the song "Mudbira" performed by A-WA, which received a record-breaking 236 points, at the time the highest total score in the history of the contest and with a margin of 61 points over the second place which went to Vietnam. The podium was completed by French Polynesia which, alongside with Samoa on tenth place, achieved their first top 10 and best result ever. Out of the "Big Six" countries, the host nation Laos managed to finish on the fifth place, while China, which also scored their worst result to date, finished in the last place, this being the fourth time in a row when a pre-qualified country is ranked last. For the first time since the introduction of the semi-finals, Hong Kong failed to qualify for the final.

For more details on the host country, see Laos. 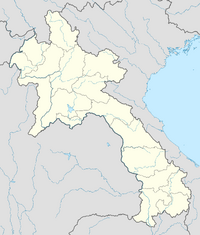 Vientiane
Location of the host city.
Vientiane, is the capital and largest city of Laos, on the banks of the Mekong River near the border with Thailand. Vientiane became the capital in 1563 due to fears of a Burmese invasion but was later looted then razed to the ground in 1827 by the Siamese (Thai). Vientiane was the administrative capital during French rule and, due to economic growth in recent times, is now the economic center of Laos. The city had a population of 820,000 as at the 2015 Census.

Vientiane is noted as the home of the most significant national monument in Laos: That Luang, which is a known symbol of Laos and an icon of Buddhism in Laos. Other significant Buddhist temples in Laos can be found there as well, such as Haw Phra Kaew, which formerly housed the Emerald Buddha.

The Lao National Stadium is a multi-use stadium in Vientiane, Laos, that was built in 2009. It is used mostly for football matches as well as athletics events and hosted the opening and closing ceremonies for the 2009 Southeast Asian Games.

The thirty semi-finalists were allocated into six pots, based on their geographical place and cultural similarities. Drawing from different pots helps in reducing the chance of so-called neighbour voting and increasing suspense in the semi-finals. Each time a country was drawn from the pot, its semi-final and half of the semi-final was determined.

Fifteen countries participated in the first semi-final. China, Laos and Nepal also voted in this semi-final.

Twenty-six countries participated in the final, with all 36 participating countries eligible to vote.

Retrieved from "https://own-eurovision-song-contest.fandom.com/wiki/Own_Asiavision_Song_Contest_20?oldid=86310"
Community content is available under CC-BY-SA unless otherwise noted.