Forty-four countries participated in the seventeenth edition. The contest saw the return of Bahrain, Kuwait, Mongolia, New Zealand and Philippines. Unfortunately, Bhutan has withdrawn from the competition. Despite originally confirming, India and Japan were forced to withdraw due to not submitting an entry before the deadline.

The winner was Philippines with the song "Love Fades" performed by Hazel Faith which scored a record-breaking score of 200 points, winning by a margin of 34 points in front of Singapore. The podium was completed by Thailand, which finished on the third place. China, the host country placed 10th. The contest also marked the first time that Australia and South Korea failed to qualify for the final.

For more details on the host country, see China. 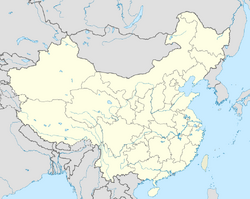 Hangzhou
Location of the host city.
Hangzhou is the capital and most populous city of Zhejiang Province in east China. It sits at the head of Hangzhou Bay, which separates Shanghai and Ningbo. Hangzhou grew to prominence as the southern terminus of the Grand Canal and has been one of the most renowned and prosperous cities in China for much of the last millennium. The city's West Lake, a UNESCO World Heritage Site, immediately west of the city, is amongst its best-known attraction.

Hangzhou is classified as a sub-provincial city and forms the core of the Hangzhou metropolitan area, the fourth-largest in China. During the 2010 Chinese census, the metropolitan area held 21.102 million people over an area of 34,585 km2. Hangzhou prefecture had a registered population of 9,018,000 in 2015.

Hangzhou Olympic Sports Center Stadium is a multi-use stadium in Hangzhou, China. It is used mostly for football matches. The stadium was designed with a capacity of 80,000 spectators.

The stadium is built in on a 400,000-square-meter site on the Qian Tang river front opposite the city’s new Central Business District. The main stadium broke ground in 2011 and will completion in 2014/15.

Nineteen countries participated in the second semi-final. China, Thailand and Turkmenistan also voted in this semi-final.

Retrieved from "https://own-eurovision-song-contest.fandom.com/wiki/Own_Asiavision_Song_Contest_17?oldid=86455"
Community content is available under CC-BY-SA unless otherwise noted.