Thirty-nine countries participated in the third edition. The contest saw the return of French Guiana, Mexico and Suriname. United States Virgin Islands made their debut appearance. However, Nicaragua, Paraguay and Venezuela have withdrawn from the competition.

The winner was Bolivia with the song "Amor", performed by Michelle Andrade and Mozgi which scored 178 points, winning by a margin of 28 points in front of Chile. The podium was completed by Antigua and Barbuda, which finished on the third place. United States, the host country placed fourth.

For more details on the host country, see United States. 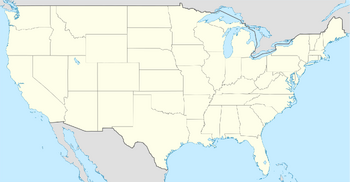 New York
Location of the host city.
New York is the most populous city in the United States. With an estimated 2016 population of 8,537,673 distributed over a land area of about 302.6 square miles (784 km2), New York City is also the most densely populated major city in the United States. Located at the southern tip of the state of New York, the city is the center of the New York metropolitan area, one of the most populous urban agglomerations in the world with an estimated 23.7 million residents as of 2016. A global power city, New York City has been described as the cultural, financial, and media capital of the world, and exerts a significant impact upon commerce, entertainment, research, technology, education, politics, and sports. The city's fast pace defines the term New York minute. Home to the headquarters of the United Nations, New York is an important center for international diplomacy.

Madison Square Garden is a multi-purpose indoor arena in the New York City borough of Manhattan. Located in Midtown Manhattan between 7th and 8th Avenues from 31st to 33rd Streets, it is situated atop Pennsylvania Station. The Garden is used for professional basketball and ice hockey, as well as boxing, concerts, ice shows, circuses, professional wrestling and other forms of sports and entertainment. It is close to other midtown Manhattan landmarks, including the Empire State Building, Koreatown, and Macy's at Herald Square.

The Garden opened on February 11, 1968, and is the oldest major sporting facility in the New York metropolitan area. It is the oldest arena in the National Hockey League and the second-oldest arena in the National Basketball Association. In 2016, MSG was the second-busiest music arena in the world in terms of ticket sales, behind The O2 Arena in London. Including two major renovations, its total construction cost is approximately $1.1 billion, and it has been ranked as one of the 10 most expensive stadium venues ever built. It is part of the Pennsylvania Plaza office and retail complex. Several other operating entities related to the Garden share its name.

The draw to determine the allocation of the participating countries into their respective semi-finals took place on 27 January 2018. The semi-finalists were allocated into six pots, based on their geographical place and cultural similarities.

The pots were calculated and are as follows:

Sixteen countries participated in the first semi-final. Barbados, Greenland and Saint Vincent and the Grenadines also voted in this semi-final.

Twenty-six countries participated in the final, with all 39 participating countries eligible to vote.

Retrieved from "https://own-eurovision-song-contest.fandom.com/wiki/Own_Americavision_Song_Contest_3?oldid=83412"
Community content is available under CC-BY-SA unless otherwise noted.